At the beginning of the 20th century, men from Croatian islands frequently migrated to South America escaping hunger and looking for a better life. The women stayed at home waiting for them to come back. The video is inspired by the life story of artist's grandma who lived
on the island of Brac and whose husband left for Chile in search of opportunities. Just like many of the other men, he never returned. Entitled Partenza (in the Croatian dialect spoken on the islands, the same Italian world is used for departure), the film connects two emigrant stories: the one Croatian, from the beginning of the last century, and the African one, from the beginning of this century. (Renata Poljak, artist's statement)

Born in 1974, Renata Poljak grew up and graduated from the School of Fine Arts in Split and later spent a year in post-graduation (international post diplome) at the Ecole Régionale des Beaux-Arts in Nantes, France. Her body of work is composed of different media: videos, film, drawings, installations and photos. In 2002 she was invited visiting artist at San Francisco Art Institute and in 2008. a resident in Art In General York and in Recollet in Paris in 2013. Renata's work has been exhibited widely, on solo or group shows, biennales and film festivals. She received several awards among which The Golden Black Box Award at the Black Box Festival in Berlin 2006 and the most recent one; the T-HT competition award 2012, the most important contemporary art award in Croatia.

In the spring of 2010 her films were shown in Prospective Cinema (Prospectif Cinéma) in Centre Georges Pompidou, Paris. In Palais de Tokyo Renata Poljak’s film and video works were screened during November 2012 and in 2013 her solo show Uncertain Memories at Stoyanov Gallery in NYC was selected as best in show by Village Voice. 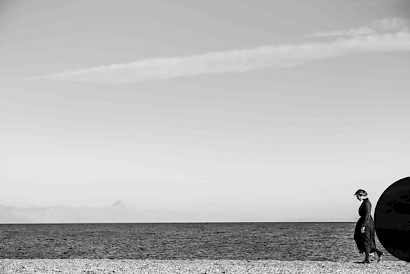