This text you are reading is also the artwork you are watching. However, due to the artist’s awry intervention, reading this same text from the gallery wall is difficult. It requires some effort and concentration. What art transports is what you think of. The idea you create. Words are a powerful instrument that helps us articulate this idea and translate it into reality. But everyone has their own reality. You can accept this reality of mine or you can design your own. This text is my reality. Also, this is a completely accidental story of mutual trust. Artist - curator. I will try to explain what is going on. When you are doing something that inspires you and makes you happy, making it clear to you that you are living. When you create and share your work with others, stirring up various feelings, then it becomes clear to you that you can do whatever you imagine, that limits do not exist, and that every obstacle is a step closer to the goal. That is exactly what happened in this case. The artist devoted time to thinking, concretized an idea he wanted to implement into his work and present it to you, dear consumers. To play with your imagination, the work was supposed to be golden and shiny. But in the process of realization, the artist has encountered an obstacle. It doesn’t matter what kind of obstacle. Something prevented him from implementing that particular idea. And he realized he was not going any further. What did he do then? He had let the work to develop on its own. How, you are wondering? The only way Vedran can. Creatively - by converting my text into that work. It meant accepting the lucidity that springs within one’s wits. To experiment, explore, and get out of the box. To play.
Ivana Vukušić

Vedran Perkov was born in Split in 1972. He earned his graduate degree in Painting from the Academy of Fine Arts of Brera in Milan under Professor Diego Esposito. He works as an Assistant Professor in the Painting department at the Arts Academy in Split. He is a member of the Croatian Association of Visual Artists in Split and the Croatian Freelance Artists’ Association. He has shown his work in solo exhibitions in Split, Zagreb, Rijeka, Osijek, Poreč, Dubrovnik, Rennes, Quebec and Milan as well as in numerous group exhibitions both home and abroad. He took part in workshops and Artist-in-Residence Programs in Croatia, Italy, Sweden, Latvia, Algeria, France, Canada and the USA. Recently, he has also become active as a curator. In 2007, he received the Radoslav Putar Award, Grand Prix of the of 35th Split Salon – Emanuel Vidović Award and the third prize at the T-HT award in the Museum of Contemporary Art (MSU) in Zagreb.

Katamaran Art (“Catamaran Art”) is a joint project of the Jelsa Municipal Museum and the Gallery of Fine Arts Split. It is an exhibition program, more precisely a cycle of three exhibitions from June to August 2018, taking place in Jelsa and Split. The name itself is referring to one of the busiest catamaran lines on the Adriatic, Split-Jelsa, which transports thousands of passengers throughout the year, especially in the summer months. The circulation of people and goods is primarily related to tourism and everyday life of the local population. On the other hand, “Katamaran Art“ strives to update the third, equally important dimension of travel. Of course, it’s about trading ideas, especially artistic ideas. The project recognizes the obligation of the regional center and its umbrella museum institution to support artistic life in a wider environment, and it takes into account the desire and the need of a smaller community to participate actively in this life. For the premiere season, three authors of different poetics, interests and expression media have been chosen: Vedran Perkov (1972), Vitar Drinković (1983) and Igor Zdunić (1991). Curator jobs were deliberately entrusted to younger forces, Lana Beović and Ivana Vukušić, both members of the curatorial collective “Horizont”, as well as Katica Modrić. 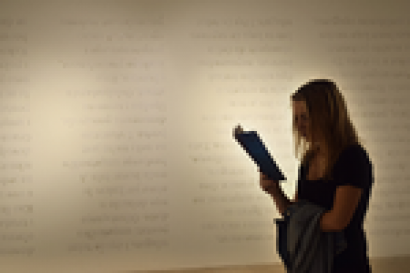 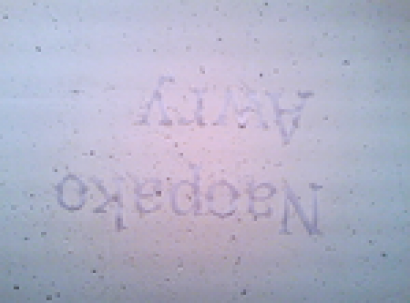